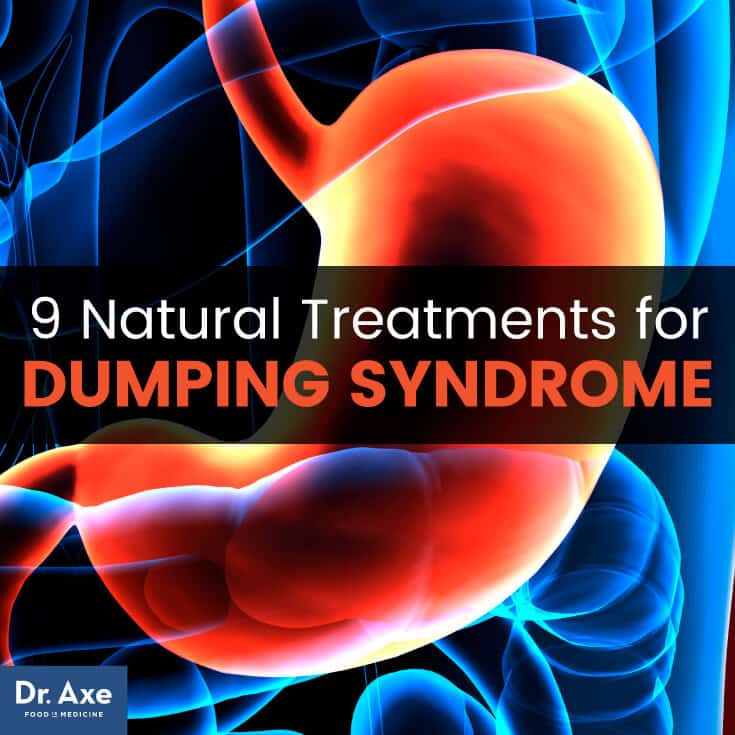 Dumping syndrome is the most common condition to follow bariatric surgery. Its prevalence reaches up to 50 percent in people who have had partial gastrectomy. But research suggests that weight loss is not dependent on the presence of dumping symptoms; in fact, dumping syndrome can lead to weight gain for some people. It also can substantially reduce your quality of life, resulting in uncomfortable symptoms and the avoidance of food intake. (1)

Researchers suggest that with the number of patients undergoing bariatric surgery increasing, so will the number of patients with gastrointestinal complications like dumping syndrome. For this reason, it’s important that people considering any type of bariatric surgery become informed about the possible complications. It’s also important to know how to handle issues like dumping syndrome if they choose to go through with this kind of weight loss procedure. (2)

With specific dietary changes and the use of viscous food additives like pectin, people with dumping syndrome should be able to live a healthy and comfortable life.

What is Dumping Syndrome?

Dumping syndrome, also called rapid gastric emptying, occurs when food (especially sugar) moves too fast from the stomach to the first part of the small intestine, which is called the duodenum. The stomach and duodenum are both part of the upper gastrointestinal (GI) tract. This is the part of your digestive tract where you swallow food and liquid, which is then carried to the stomach, slowly pumped into the intestine and absorbed for needed nutrients.

The initial signs and symptoms of dumping syndrome occur right after eating a meal, especially if it’s high in sugar. Symptoms may include:

The rapid movement of fluid into the small intestine causes dumping syndrome symptoms like abdominal distention, cramp-like contractions, bloating and diarrhea. One of the most important clinical clues for doctors who are making a diagnosis of dumping syndrome is profound fatigue after a meal, with a need to lie down.

When your body releases large amounts of insulin in order to absorb the sugars that have entered the small intestine, your blood sugar levels drop. This drop causes the following symptoms of late dumping syndrome:

Dumping syndrome can also lead to emotional symptoms. These symptoms may include anxiety and apprehension about eating, as the consumption of food and fluids becomes difficult because of the discomfort that follows soon after. Dumping syndrome occurs when the motor functions of the stomach aren’t working properly and the release and transporting of foods and liquids is disturbed. Gastric surgery is the main cause of dumping syndrome. Researchers suggest that it occurs in approximately 10 percent of patients. (5)

Alterations in the gastric anatomy disturb the emptying mechanisms and allow too much undigested food to reach the small intestine too quickly. According to a study published in Obesity Reviews, among the 129 patients who underwent gastric bypass surgery, 12 percent reported severe fatigue after eating (half being so tired that they had to lie down), 7 percent reported severe nausea and 6 percent experienced severe fainting. (6)

When dietary changes or supplements don’t relieve dumping syndrome symptoms, doctors may prescribe medications like octreotide and acarbose. Octreotide is an anti-diarrheal drug that slows the emptying of food into the small intestine. It is usually injected at a doctor’s office, in the hospital or at home by a trained family member or friend. Short-acting formulas have to be administered 2-3 times per day into a vein under the skin. Long-acting formulas are injected into the buttocks muscles once every 4 weeks. Some octreotide side effects and complications include: diarrhea, gas, dizziness, drowsiness, headache, vision changes, gallstones and pain at the injection site.

Acarbose controls high blood sugar. Doctors commonly prescribe it to people with type-2 diabetes. Acarbose works by slowing the breakdown of carbohydrates from food into sugar so that blood sugar levels don’t rise as much after eating. Side effects of acarbose include diarrhea, gas, upset stomach, stomach pain and constipation. (7)

If lifestyle changes and medications don’t relieve dumping symptoms, doctors may use a number of surgical procedures. These include reconstructive techniques that reverse gastric bypass surgery. Reconstructive operations are reserved for severely affected patients. Research shows that their results often provide limited effectiveness. (8)

It’s important for people with dumping syndrome to eliminate simple, rapidly absorbable carbohydrates from their diet in order to prevent late dumping symptoms like hypoglycemia. Refined carbohydrates are forms of sugars and starches that don’t actually exist in nature. This means they don’t come from natural, whole foods. Instead they are processed, concentrated and purified in order to change the food’s taste, texture and shelf life.

Eating complex carbohydrates that are high in fiber can help people with dumping syndrome. This is because they resist immediate breakdown and convert into sugar over time, as opposed to refined carbohydrates that have had their structure altered and enter the bloodstream like an injection of sugar. Complex carbohydrate foods that you can be consume regularly include root vegetables (like sweet potatoes, carrots, parsnips and beets), legumes, sprouted grain bread, and ancient grains like barley and quinoa.

Eat plenty of fresh fruits and vegetables in order to ensure that you’re consuming (and absorbing) enough nutrients throughout the day. Colorful fruits like apples, pears, mango, guava, pineapple and berries, and cruciferous vegetables (like arugula, bok choy, broccoli, kale and collard greens) are some of the best choices. If you choose to make a healthy smoothie with fruits and vegetables instead of eating them whole with your meals, wait an hour after eating. This allows your body to properly digest the solid foods first.

People with dumping syndrome should reduce the amount of food consumed at each meal in order to minimize symptoms. That means eating about 5 to 6 smaller meals throughout the day instead of eating three larger meals. In addition to eating smaller meals, dumping syndrome patients should eat slowly, chew their food well and delay drinking fluids until at least 30 minutes after a meal. Even though you should wait until after a meal is finished to drink water, make sure you do it so that you don’t become dehydrated. Some people also find it helpful to lie down after eating, which may help to relieve symptoms. (9)

The lactose in dairy products may worsen dumping syndrome symptoms, so limiting dairy consumption may be helpful. If you eat dairy products, start by limiting these foods to see if symptoms improve. If you think that dairy may be causing symptoms to worsen, eliminate dairy foods completely. For people with lactose intolerance, goat milk may be easier to digest because it contains lower concentrations of lactose.

Pectin acts as a gelling and thickening agent that works as a stabilizer in food. It increases the viscosity of food, helping to delay gastric emptying. A study published in Gastroenterology found that adding 14.5 grams of pectin to a 50-gram oral glucose load prevented hypoglycemic symptoms in patients who underwent gastric surgery and helped to maintain blood glucose levels above the control levels by 64 percent 90 minutes after eating. (10)

Guar gum is a powdered product that stabilizes, emulsifies and thickens the texture of food. Studies have found that taking guar gum with meals can increase the tolerance to foods that were previously not tolerated by patients with dumping syndrome. In a study involving 11 patients who underwent gastric resection, guar gum added to normal meals, especially those rich in simple sugars, was helpful in relieving dumping syndrome symptoms. (11)

Glucomannan has the highest viscosity and molecular weight when compared with other dietary fibers. When you put dry glucomannan powder in water, it swells and turns into a gel. In fact, dry glucomannan can absorb up to 50 times its weight in water. Glucomannan delays the stomach’s emptying process. This leads to more gradual sugar and lower blood sugar levels after meals. A study published in Gut found that small amounts of glucomannan may be beneficial to patients with late dumping syndrome symptoms. (12)

Psyllium husk is an edible soluble fiber that is known as a bulking fiber because it expands when it’s congested, forming into a gel-like mass. Research shows that psyllium is safe, well-tolerated and improves glycemic control. (13) Psyllium is available in powder form. You can mix it with liquid before meals to help delay gastric emptying in people with dumping syndrome.

If you are experiencing dumping syndrome symptoms, talk to your doctor about managing the discomfort naturally by making dietary modifications and adding high-fiber powders or supplements to your meals. These types of changes can usually control symptoms and will help you to stay well-nourished and hydrated. If you are feeling dizzy, nauseous and weak for several hours at a time, speak to your doctor about possible food intolerances (like lactose) that can be making symptoms worse.

Read Next: The Healing Foods Diet