Cinnamon was first seen and used in temperate areas of Asia, particularly in India and Sri Lanka. Because Cinnamon has been proven to offer a wide range of uses especially therapeutically, it found its way to become one of the most commonly used herbs in the traditional Indian medicinal system. Since then, you can find Cinnamon growing in all of warm regions across the world.

Learn more about Cinnamon Essential Oil or find a great deal on the best selling Cinnamon Oil from the items below! 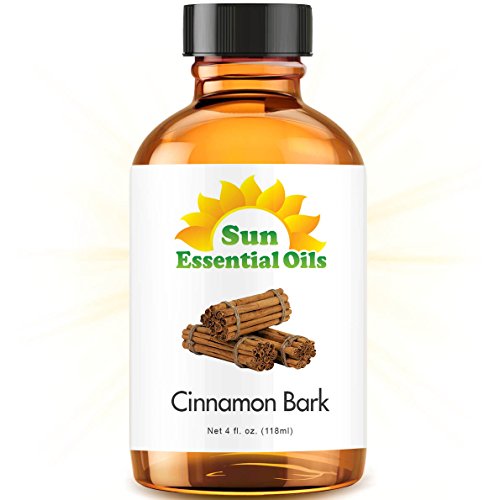 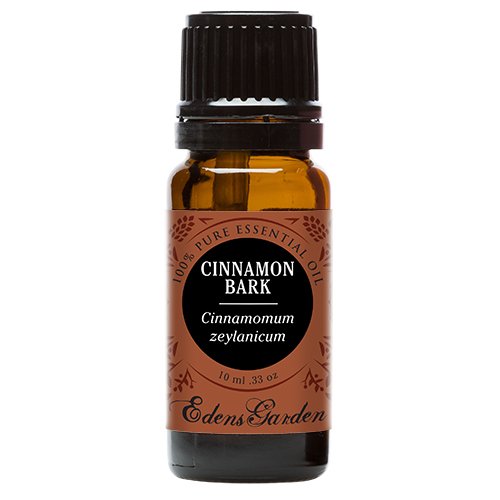 In the culinary arts, Cinnamon is often the secret ingredient in delectable dishes. It contains a raveled blend of sweet and spice. For thousands of years, Cinnamon has been touted for its medicinal properties. The essential oil captures the ineffable qualities of Cinnamon, its ability to heal and sharpen the mind. The warm and intense aroma of Cinnamon Bark can stimulate the appetite and ignite the senses. For those looking for a spark of creativity, softly inhaling Cinnamon Bark can usher in inspiration. When applied topically in extremely low dilution, Cinnamon Bark can soothe and restore achy or fatigued muscles and joints. It has a sweeter aroma than Cinnamon Leaf and is a pleasing addition to household cleaners. Cinnamon Bark is derived from the thick bark of tropical evergreen trees through a steam distillation process. The tree has shiny green, leathery leaves, small white flowers and oval bluish-white berries. The leaves have a spicy aroma when bruised and the oil is distilled from the new shoots of the inner bark of the tree. BOTANICAL NAME: Cinnamomum zeylanicum ORIGIN: Ceylon EXTRACTION METHOD: Steam Distillation PLANT PART: Bark NOTE: Middle FAMILY: Lauraceae BLENDS WELL WITH: Tangerine, Clove, and other citrus and spices AROMA: Sweet, spicy, sharp, and warm CONSISTENCY: Thin COLOR: Clear - Pale Yellow **Euro droppers are not included with 100 & 250 ml bottles** SAFETY: Dilute to 0.07% when using topically. Using more than the recommended dilution can cause adverse reactions such as blood thinning, embryotoxicity, sensitization, or mucous membrane irritation. Avoid using if pregnant or breastfeeding SHELF LIFE: 2 Years 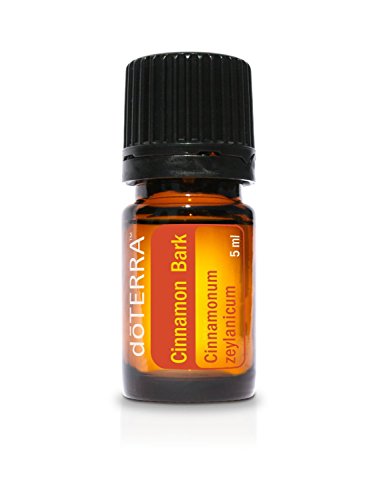 Cinnamon is derived from a tropical, evergreen tree that grows up to 45 feet high and has highly fragrant bark, leaves, and flowers. Extracted from bark, cinnamon oil contains strong cleansing and immune enhancing properties. Due to its high content of cinnamaldehyde, Cinnamon should be diluted with doTERRA Fractionated Coconut Oil when applied to the skin and only one to two drops are needed for internal benefits. Cinnamon is very purifying to the circulatory system and it helps promote circulation, both internally and when applied to the skin, helping to ease sore muscles and joints. Cinnamon helps maintain a healthy immune system, especially when seasonal threats are high. When diffused, Cinnamon promotes clear breathing while purifying the air. Cinnamon is frequently used in mouth rinses and gums for its oral health benefits. Cinnamon has a long history of culinary uses, adding spice to desserts, entrees, and hot drinks. Put 2 drops in empty veggie capsule for immune support. Place 1 drop of Cinnamon essential oil in hot water or tea and drink slowly to soothe your throat. Put 2-3 drops in a spray bottle for a quick and effective cleaning spray. Place one drop on your toothbrush then add toothpaste. Dilute with doTERRA Fractionated Coconut Oil then apply to cold, achy joints during winter time. 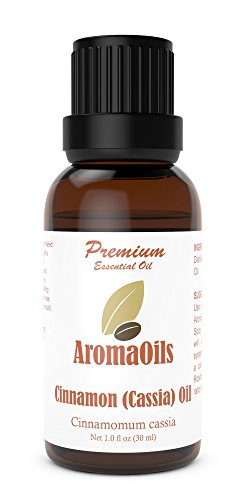 Why do I consider my 100% Pure Cinnamon Cassia Oil the best? In my search several years ago for the best made Cinnamon Oil product for my wife's massage therapy practice I kept coming up short in what we were looking for from a quality standpoint. We kept finding and having to use inferior products that didn't hold up to our standards that we have in place today. So we sought out to make our own...and now an amazing family run business has arisen and been growing ever since! Our Cinnamon Cassia Oil is a 100% Pure Essential Oil made directly from the bark of the Cassia Tree in Burma and China. Only the finest %100 pure Cinnamon Oil comes from this region. Our product does not contain any additives, anything synthetic, no filler product, no base carrier oils, just plain old 100% pure Cinnamon Oil which should be diluted down if you have more sensitive skin. So your search for the best Cinnamon Oil is over, when you purchase from AromaOils today here are some of the things you can look forward too: Most customers report no side effects with this product however if you do have sensitive skin it is best to dilute the Cinnamon Oil down with a carrier oil like our Castor Oil or Rosehip Oil. The most important thing with any purchase is the assurance that you will receive the finest customer service you have ever experienced. Keep in mind we do not offer a miracle cure-all for every ailment, we do however offer a natural product that can aid you in many ways. All we ask is that you try our product and if it isn't for you, simply let us know and we will take care of you! Many customers ask us if it's ok to buy more then 1 bottle and we always say with "yes that is perfectly fine". 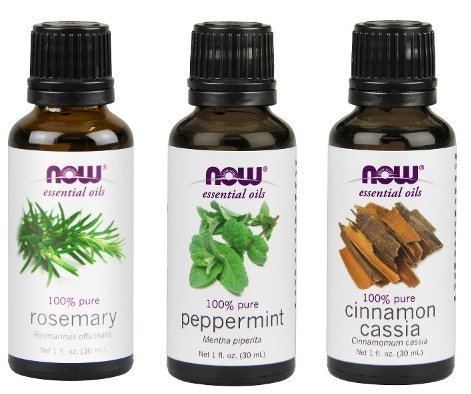 These essential oils are ready to be poured into a diffuser, which will send their soothing or invigorating scents wafting across the room. The scents can also be used as massage oils after they've been mixed with a carrier oil to make them skin-friendly. 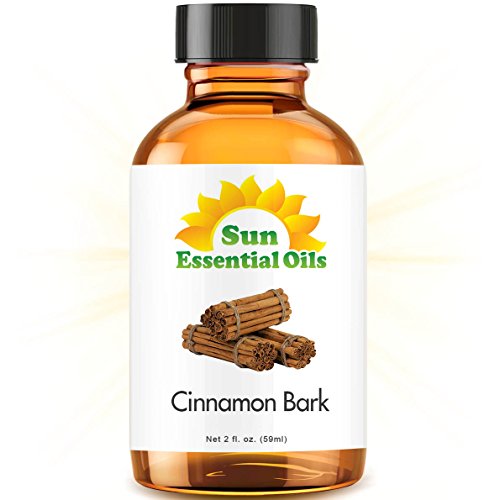 Cinnamon Bark in a 2oz glass essential oil bottle. Comes with pipette for your convenience.

A close relative of true cinnamon, cassia essential oil has a spicy scent which is reminiscent of winter holidays. Scent some homemade pine cone potpourri with cassia, sweet orange, and coriander essential oils. A drop of Cassia essential oil can also be diffused with equal parts of Clove Bud and Sweet Orange to bring back holiday memories. Cassia essential oil is sometimes used as part of a topically applied warming blend, but great care must be taken as this is an oil which can easily irritate skin.

100% Pure, Organic Therapeutic Grade Cinnamon Bark 10ml Essential Oil Botanical Name: Cinnamomum zeylanicum Comes in 10ml amber glass essential oil bottle. European Dropper Cap included Cinnamon Bark Essential Oil has a dry herbal aroma with a warm spicy undertone. What sets Healing Solutions Essential Oils apart is superior cultivation of ingredients that are the best in the world. Combined with superior distillation and bottling care process, We GUARANTEE that our oils are aromatically superior and more effective than any other oils - if you disagree we will refund your money! The Leading Aromatherapy Associations (Alliance of International Aromatherapists (AIA), International Aromatherapy and Aromatic Medicine Association, Aromatherapy Trade Council, and others) all state that essential oils should not be taken internally (regardless of purity or organic origin) unless under the guidance of a health care practitioner trained at an appropriate level . As such, all of our oils carry a label warning that the product is NOT FOR INTERNAL USE.