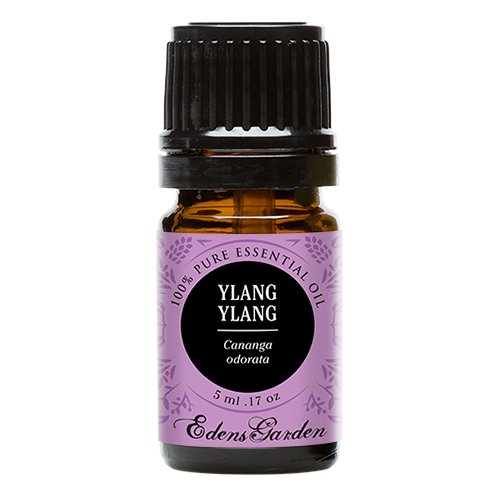 If you had a bottle of everything good and comforting in the world it might be a container of Ylang Ylang. Its exquisite aroma is flowery and sweet in a way that will delight your senses. A remarkable general tonic for the entire body, Ylang Ylang is a natural regulator of oily skin and can work great on both mature and youthful skin types. For those looking for more luscious locks, Ylang Ylang is known to stimulate the scalp and promote fuller and thicker hair. Often used to give a boost to dreary emotions, Ylang Ylang can have a stabilizing ...
Buy Now 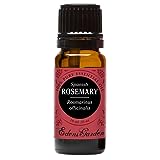 Most of us are stronger than we may realize. We can tackle trouble, leap over hurdles and keep pressing on. Don't let muscle aches and pains slow you down. High in camphor, Spanish Rosemary soothes our tired bodies and enables us to keep going. Its slightly floral, herbaceous aroma can sharpen blurry thinking and increase mental stimulation. Adding a few drops of Spanish Rosemary to your most beloved shampoo or conditioner can restore your hair's natural luster and shine. For those struggling with hair loss, Rosemary can be amazingly effective at stimulating hair growth. Rosemary dates back to the Ancient Egyptians, Romans and Greeks who all considered it sacred. Hippocrates added Rosemary to cooked vegetables to help promote a healthy liver and spleen. It was also widely used to cleanse the air and prevent sickness from spreading. The Queen of Hungary once used Rosemary to treat her goat. It is also included in Hungary Water to restore the function of paralyzed limbs. Native to the Mediterranean coastline, Rosemary is a shrub that grows up to six feet tall. Its name means "dew, sea" from the Latin words "ros" and "marinus" which refers to Rosemary's spread along the sea. Only the leaves are put through a steam distillation process to extract Spanish Rosemary essential oil. Several varieties of Rosemary get produced during the process and should be noted by their differences. BOTANICAL NAME: Rosmarinus officinalis CHEMOTYPE / VARIETY: Camphor ORIGIN: Spain EXTRACTION METHOD: Steam Distillation PLANT PART: Leaves NOTE: Middle - Top BLENDS WELL WITH: Myrrh, and other resins; Geranium, and other florals AROMA: Herbaceous, camphorous, and slightly floral CONSISTENCY: Thin COLOR: Clear **Euro droppers are not included with 100 & 250 ml bottles** SAFETY: Dilute to no more than 16.5% when using topically. Avoid using if you have a seizure disorder SHELF LIFE: 2 Years

100% Pure, Organic Therapeutic Grade Cinnamon Bark 10ml Essential Oil Botanical Name: Cinnamomum zeylanicum Comes in 10ml amber glass essential oil bottle. European Dropper Cap included Cinnamon Bark Essential Oil has a dry herbal aroma with a warm spicy undertone. What sets Healing Solutions Essential Oils apart is superior cultivation of ingredients that are the best in the world. Combined with superior distillation and bottling care process, We GUARANTEE that our oils are aromatically superior and more effective than any other oils - if you disagree we will refund your money! The Leading Aromatherapy Associations (Alliance of International Aromatherapists (AIA), International Aromatherapy and Aromatic Medicine Association, Aromatherapy Trade Council, and others) all state that essential oils should not be taken internally (regardless of purity or organic origin) unless under the guidance of a health care practitioner trained at an appropriate level . As such, all of our oils carry a label warning that the product is NOT FOR INTERNAL USE.

Premium quality therapeutic grade tea tree oil - It can be attributed to its properties to kill many bacteria, viruses and fungi. A must have oil for your home.Tea tree essential oil offers numerous uses. They include making homemade cleaning products, diffused in the air, to kill mold and use topically for various skin benefits. It's used in many household applications such as mold treatment, natural disinfectant, natural pest control, toothbrush cleaner and laundry freshener. Majestic Pure Tea Tree Oil is Steam Distilled Highest Quality Oil Extracted from the leaves of the Melaleuca Alternifolia. Superior sourced and hand picked are used. Our oils are by far the most effective on the market